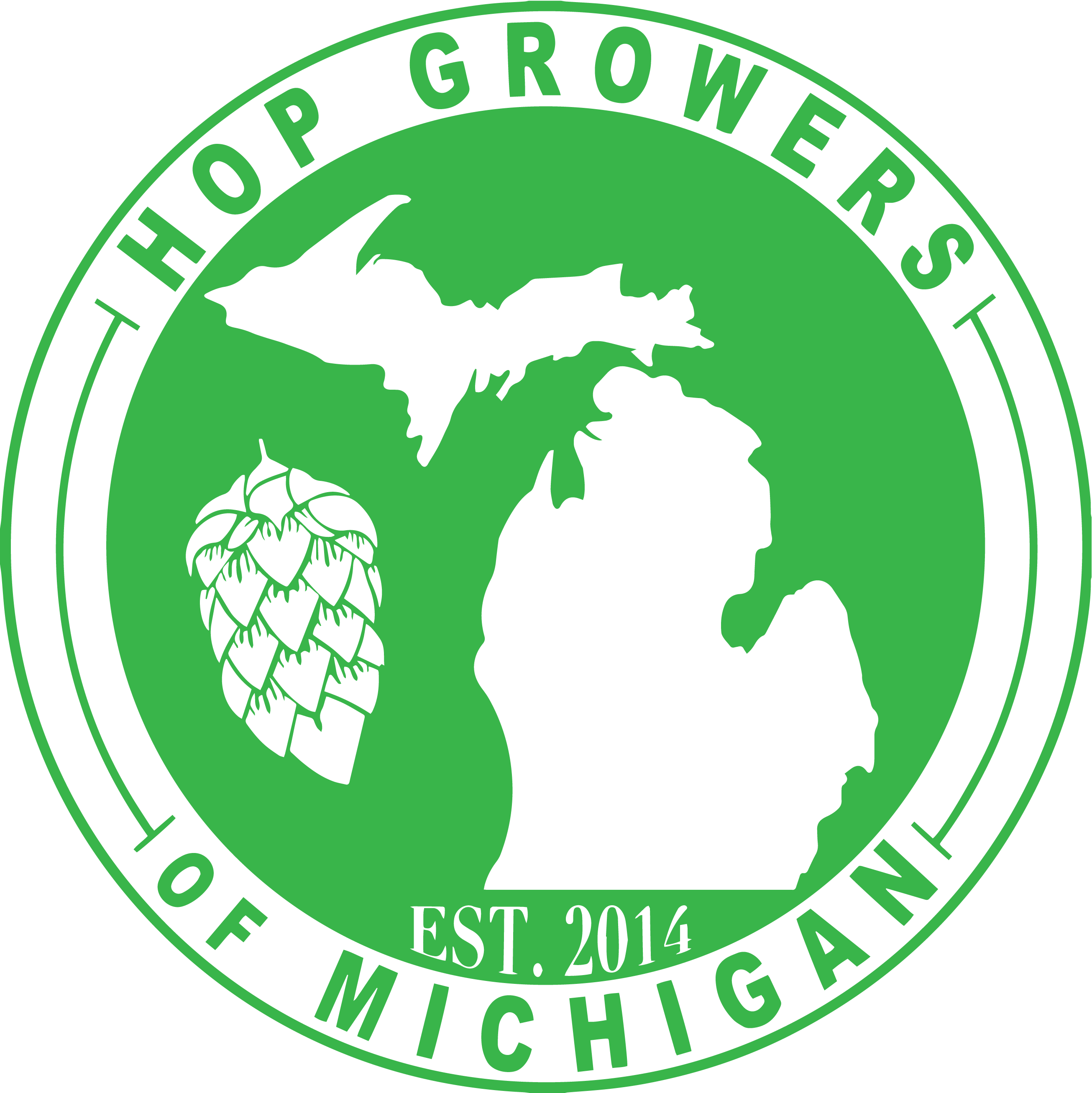 Modeled after the Hop Quality Group’s Cascade Cup, the HGM Chinook Cup Competition and Wild Card Contest awards those members who excelled in growing hops for the previous growing season and selected by expert judges.

USA Hops describes the Chinook as a medium intense hop with a spicy, grapefruit or pine aroma. The Chinook hop was selected by HGM for this competition because it tends to take on additional characteristics based on where it is grown (known as terroir). Chinook grown in Michigan are described as spicy, pine, resinous with bright aroma of pineapple and grapefruit.

The brewing values for Chinook are:

Theme by Anders Noren — Up ↑